A Guide to Crypto-Currency Mining

Mining is the term given to the process of producing virtual currencies like bitcoin and litecoin, where computers solve mathematical equations and are rewarded with coins for their efforts.

When bitcoin launched five years ago coins could be easily mined using a home computer or laptop, but the currency is pre-programmed to make mining more difficult over time, resulting in a situation now where only specially-made computers can mine efficiently.

Which coin should I mine?

Bitcoin may have grabbed all the crypto-currency headlines in 2013, but it's far from alone. Litecoin is widely regarded as the silver to bitcoin's gold, and with a price of around £20 to £30 per coin, it is substantially cheaper than the £500-plus bitcoin.

But with dozens of crypto-currencies available - including dogecoin - there are plenty of options to choose from. And while some might be overlooked for being almost worthless - one dogecoin is equal to less than £0.01 - the return on any investment made in the currency could be huge. 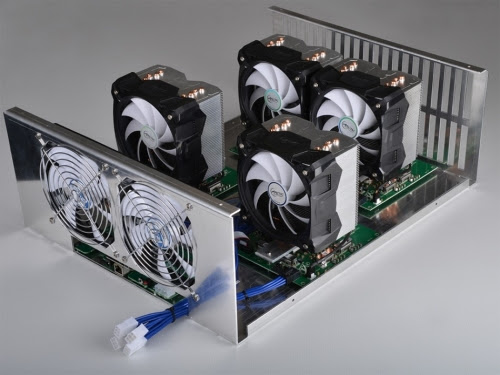 When bitcoin was launched in 2009, any regular computer could be used to mine it. The process of solving mathematical equations was performed by the computers' CPU (central processing unit), but as the difficulty increased, mining through the CPU became impossible and instead users recruited the extra power of their GPU (graphical processing unit).

From then on an arms race developed, as miners scrambled to produce more and more powerful computers with rows of graphics cards, such as the high-end Radeon HD 7950 and Radeon 290X.

When creating your mining machine, feel free to bulk it up with extra GPUs, but remember they can be very power demanding - with multiple graphics cards running at once, the right power supply will be important to keep everything stable and running as efficiently as possible.

Other than a basic motherboard and as many graphics cards as you can afford, there isn't much more to think about as far as hardware is concerned; add a hard drive (but remember, your mined coins are not necessarily stored on here) and you're good to go.

As the mining rig has been assembled from scratch, an operating system needs to be installed. This commonly means Windows, but Microsoft's software is not best-suited to crypto-currency mining - and some members of the bitcoin community consider it to pose too much of a security risk to be trusted.

Instead, miners should consider the Linux operating system, for which a number of mining-optimised builds already exist, such as BAMT and LinuxCoin - the former only works with litecoin, but both come with mining software included in the operating system.

For other mining software - for Windows, Linux and Mac - visit this page .

Once an operating system and mining programme have been chosen and installed, next you will need a wallet in which to store your coins once they have been mined. Rather than storing coins as pieces of data - like a digital photograph - you store encryption keys which give you access to the coins.

Instead of a hard drive containing, say, 100MB of bitcoins, you actually store a private key which tells the trading network how many coins you have - what your balance is.

It is the private key - a long list of letters and numbers - that is stored in your wallet, or written down on paper if you prefer. If your private key is lost or stolen, then access to your coins is also gone forever. 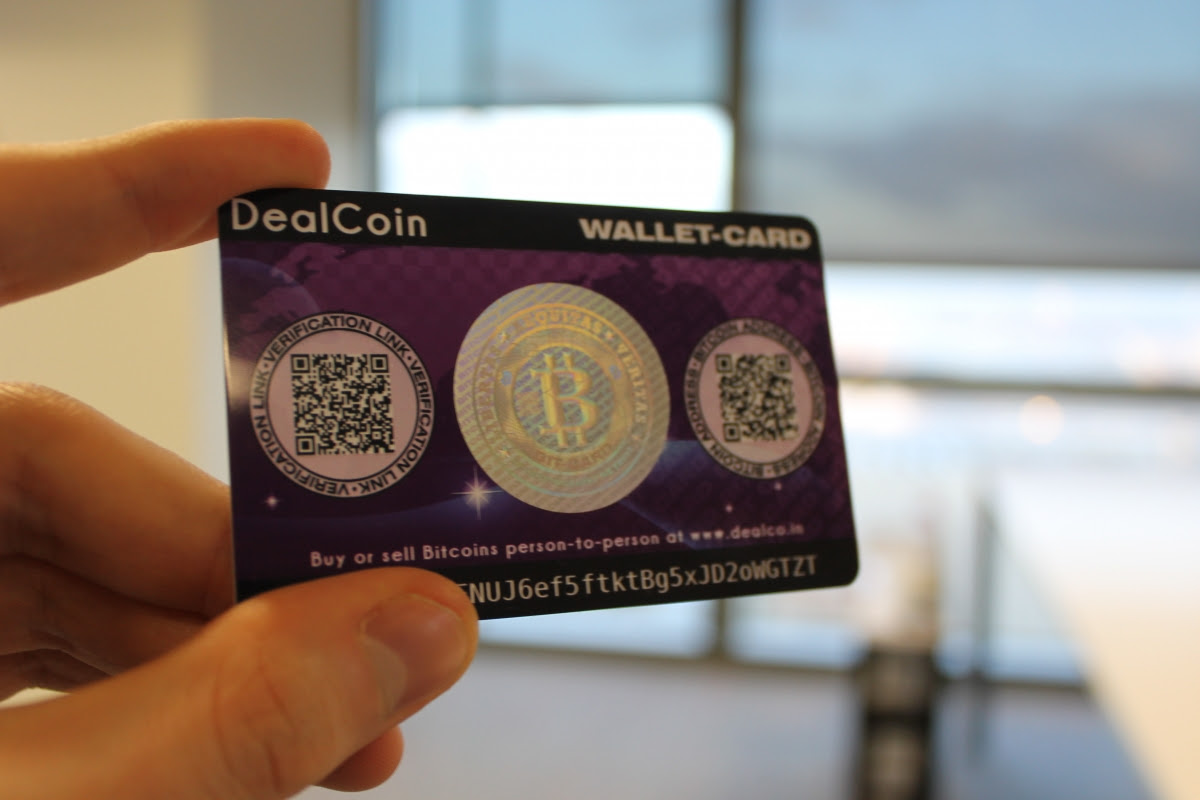 Hot wallets are instantly available to the user, while cold storage wallets cannot be accessed or hacked into remotely over the web. Keeping a hot wallet with the private key to a large sum of bitcoins would be like walking outside with a huge wad of cash in your pocket - it's safer to leave your money in the bank and your bitcoin keys in an offline 'cold' wallet.

Wallets can be made in three places - on your computer as an application, as a mobile app on your smartphone, or on the web, where it is stored by a third party.

Wallets stored on your computer are susceptible to hacking as they often leave your private key un-encrypted by default - as hackers will know where to look, should they gain access to your PC, it is important to encrypt the file containing your key with a strong password.

However, a hacker using malware to track your keystrokes - and thus the passwords you enter while using your computer - could still steal your coins. Basic practice here is important: keep your antivirus software up-to-date and keep your wits about you.

An alternative to storing your wallet on your own computer is the web-based wallet, such as Blockchain.info. These wallets function in a similar way except the encryption keys are stored on the service provider's server, rather than your own computer; these keys are encrypted and only accessible using your password.

Online wallets also offer two-factor authentication, whereby any login attempt by you (or a potential thief) requires your password, plus access to your mobile phone which is sent a code to be entered while logging in.

Finally, Blockchain.info offers the use of a second password, used for each bitcoin transaction you make (rather than the same as used to log into the wallet) and it is entered using your mouse and an on-screen keyboard to avoid keyloggers.

Keeping crypto-coins safe might sound like hard work, but given the dramatic rise in bitcoin's value over the last 12 months, a few extra security stages will always be better than having your coins stolen with no way of getting them back. 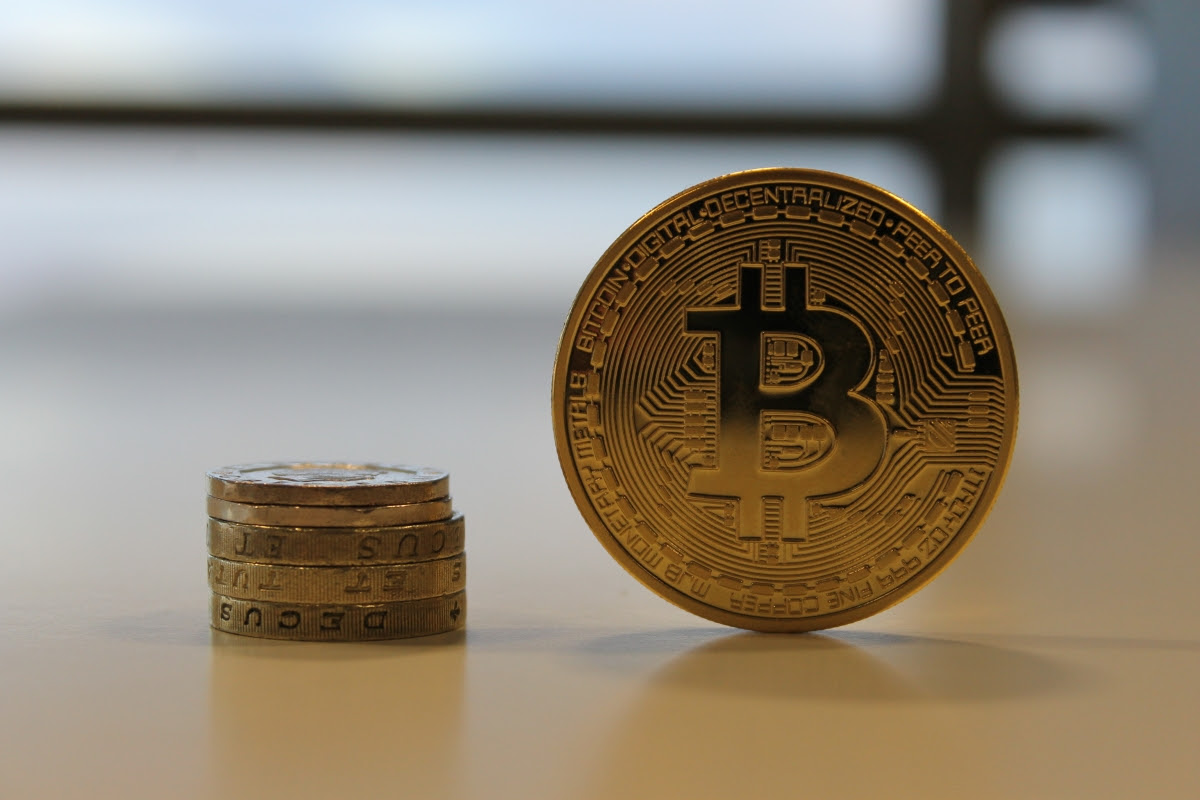 Although primarily a digital currency, some physical bitcoins have also been produced.

Joining a mining pool or going it alone

As we have already said, mining bitcoins is almost impossible without a powerful, dedicated computer. Thankfully there is another option in the form of mining pools, where multiple users can contribute computing power to a single pool.

Because many computers are working together, coins are mined more quickly - but remember, the rewards will be shared across the pool.

Access to mining pools can be found at Multipool and Middlecoin, with the former taking a small 1.5% cut of any coins you mine. Meanwhile, Middlecoin will use the power of your computer to automatically mine the most valuable alternative coins; the service then converts these into bitcoins and transfers them to your wallet.

That's just about it - if you're happy mining dogecoin or some of the lower-valued crypto-currencies, then you don't need to spend a huge amount on mining equipment. If, however, you want to earn big money mining bitcoins, then an outlay of tens of thousands of pounds will be needed to make a healthy profit in a relatively short time frame.